A youth club for children attending Ysgol Dyffryn Conwy in Llanrwst. The club formed in 1976 and meet every 2 weeks at Moriah Vestry from October to Easter. The group organises a busy programme of events including Ten Pin Bowling at Llandudno and many activities within the village.

Moriah is a Calvinistic Methodist Chapel. Services are held every Sunday morning at 10am followed by Sunday School at 11am.

The Church of St. Gwyddelan stands hidden in the centre of Dolwyddelan village and the congregation come together each Sunday at 9.30am to worship in the ancient church which represents a tradition that has lasted over 500 years.

Bethel is an Independent Chapel and the building’s centenary was celebrated in 2007. A service is held each Sunday afternoon.

There are typically 25 children attending the school at any one time. Head teacher Mrs. Nia Jones-Artell ensures that the school children are involved in a broad range of activities as part of the curriculum. These include Urdd activities in the evenings during the winter months leading up to the Urdd Eisteddfod, competing in singing, recitation and cerdd dant classes.

Play sessions are held twice a week on Tuesday afternoons and Thursday mornings in the Community Centre and is a great opportunity for the children to familiarise themselves with the school and to get to know the primary teachers who will be teaching them when they start school at 3 years old for half a day in the nursery class.

The Community Centre is part of Dolwyddelan Community School. The School Hall and small kitchen are used as a busy social resource. Various activities and events are organised by the Committee with the highlights of the year being the village carnival and bonfire night.

The Council meets every 2 months on the first Thursday of the month at the Community Centre. The Community Council operates within Conwy County Borough Council and the local Council boundaries include Dolwyddelan, Pont-y-Pant and Roman Bridge.

A large group of villagers get together for a cup of coffee and a chat every Tuesday morning at the Community Pavilion. The Group have been meeting for over twenty years and during that time have raised thousands of pounds for their chosen charities.

The art Classes are led by Robin Robbins and are held every Wednesday in the village Community Centre. The members are seen around the village drawing objects and places of interest. Their work is displayed in the community kitchen at the school.

Sion & Sian is a club for the village’s pensioners. The club meet once a fortnight between March and December at the Community Centre. During the year, the club organise talks by guest speakers covering a wide range of topics, hold entertainment evenings and visit places of interest.

Held at the Community Centre on the first Saturday each September. There are 6 competitive sections – Garden produce, farm produce, cooking and handicraft, photography and a children’s section. Each year, hundreds of entries are made by local residents and visitors to the village and the show is always a really enjoyable day in the village’s calendar.

The Women’s Institute was established in October 1946 and meets on the first Friday of each month at the Community Centre. The group have a full programme each year which includes visits to places of interest, holding cultural evenings, talks by guest speakers, entertainment evenings, craft and cookery demonstrations.

Formed in the 1970s for speakers of the welsh language, as a progression from the Youth Club. They meet in the Community Centre on the last Wednesday of each month between October and Easter with walks are arranged during the summer months. Group members take it in turn to arrange each event or the evening’s entertainment.

The Angling Association owns much of the fishing rights along the River LLedr.

The Association was formed in early 1940, mainly by local people. But to enlarge the coffers and to help pay the rent they expanded membership to season ticket holders – tourists, visitors on a weekly visit to the village and the owners of holiday homes.

The fishing is primarily salmon and sea trout, with a good run of salmon from early September until the end of the season on October 17th. Sea trout are fished for at night. In recent years the membership has remained fairly constant with about fifteen local members, and between 15 and 17 visitors.

Local Resident and Visitor permits are available by the season, week or day from the SPAR shop in Dolwyddelan.

The Dolwyddelan Sheep Dog Trials are held annually on the second or third weekend in September at Ty Isaf Farm. There are 3 classes for competitors, The Local Class, the Open Class and finally a class for dogs who have not won a prize in the Open Class.

Formed in 2004, the Society has a rapidly expanding membership and meets at the Community Centre on the first Monday of each month from September to April. The society is led by Mr Bill Jones and has been assisted by a grant from the ‘Money for All Wales’ lottery grant programme to fund a three year archaeological dig in the village at Tai Penamnen – the home of Maredudd ab Ieuan, founder of the Wynne Family of Gwydir.

A community action group working in partnership with local groups and the Community Council. The group has overseen the completion of numerous improvements to the village facilities and successfully delivered a new sports pavilion in the school field after securing funding from the Government’s Community Activities and Facilities Programme. 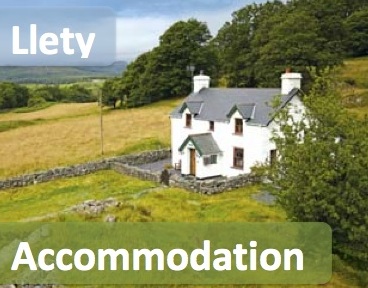